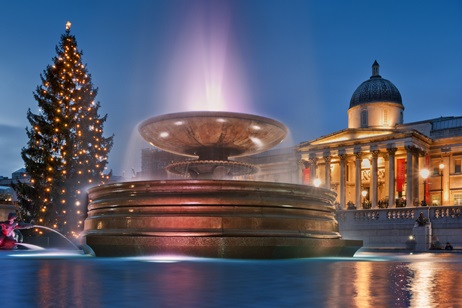 A burglary took place on average every ten minutes in London during Christmas Eve and Christmas Day last year, according to research based on findings from an FOI request to the Met Police.

From jewellery to handbags, laptops and cameras, there were a total of 253 residential burglaries over the two days. Met Police data also revealed it’s not just under the blanket of darkness that burglars strike: the highest number took place on Christmas Eve at midday.

With a better chance of accessing presents under the tree yet to be unwrapped, there were more burglaries on Christmas Eve overall: 160 compared to 93 on Christmas Day. The value of goods taken the ‘night before Christmas’ was £181,742, with £88,331 stolen on the big day itself. Jewellery was the highest value item whisked away, with a value of more than £103,000 across both days including necklaces, rings, bracelets and earrings. This was followed by cash, electricals, technology and watches.

Sadly, it’s not just Santa coming down the chimney: 20% of the burglaries on Christmas Day occurred between midnight and 4am, leaving many families waking up to missing presents on Christmas morning.

Becky Downing, CEO and founder of buzzvault said, “Burglars don’t break for Christmas. With all the excitement around the holiday, it’s easy to forget the temptation of houses filled with expensive gifts, so people must remember to be extra vigilant and keep valuables safe and secure.

“To avoid spending the entire time worrying, there are simple steps you can take to ensure your homes are protected, and to make it look occupied even when you’re away: keep presents hidden out of sight and away from prying eyes on social media, consider leaving your lights on a timer, and most of all, make sure your home and contents insurance has you covered.”

‘Tis the season: Festive street names can add value to...

Getting your home sale ready for the Boxing Day bounce

The busiest home selling spots between Christmas and NY revealed

How to cut the cost of your Christmas energy bills