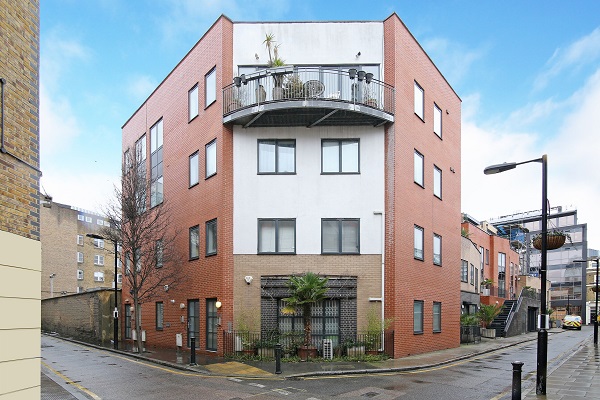 Leading South London estate agents KALMARs have launched to the market a spacious live/workhouse in Southwark which is a unique opportunity for development, as the number of Londoners working from home is rapidly increasing. Providing two storeys of office space and a self-contained two-bedroom apartment, the Copperfield Street property is available to purchase through KALMARs for £2,000,000 (share of freehold). Research by the BBC reveals that the number of people working from home has dramatically increased by 74% between 2008 and 2018 to more than 1.54m people, with over 2.9m home businesses registered across Britain in 2013. Recent research has also ranked London as the third most expensive city in the world to accommodate a worker, based on the average cost of office space and accommodation per employee. Workers are increasingly seeing the benefits of working from home, which include freedom from a commute and a flexible working schedule with live/workspaces a practical and economic option for many. Live/Work spaces provide residential accommodation alongside professionalised work space; a concept that was devised in Hackney in the 1990s, where KALMARs sold 16 purpose built units, encouraged by the local council to utilise previously empty industrial buildings, as well as in Bermondsey where KALMARs were also selling live/work properties. Since then, purpose-built schemes have been constructed throughout London although few live/work properties remain, with Copperfield Street providing ample space for a buyer to capitalise on this sector. Situated on the corner of Copperfield Street and Risborough Street, the 2,100 sq. ft. property is located over four floors. The ground floor and first floor provide large office units, one of which benefits from a self-contained kitchenette, with feature glass brickwork walls. Above the office space, located on the second and third floors of the building, is a bright, two-bedroom apartment. Both bedrooms offer bespoke fitted storage, and one bedroom has an en-suite bathroom. The third floor of the unit is a large open-plan reception and dining room, with triple aspect windows, and two charcoal-coloured French doors opening onto a balcony with views of The Shard. The house’s fourth floor is a 365 sq. ft. roof terrace with panoramic views of London which could potentially provide a further fifth storey subject to planning permission, something that KALMARs note many neighbouring buildings have done, setting a precedent for potential development. The property provides a competitive price per square foot in relation to the local area, with the potential to increase the value further with the addition of a fifth storey. The scheme was originally built in 1998-1999 by Purelake Developers, sold originally by KALMARs, providing a terrace of ten live/work units, each with their own entrance, internal staircase and secure gated parking space.

James Yiannakou, Head of Private Residential Sales at KALMARs said, “It is rare for a live/work house of this size to come to the market, offering a buyer the chance to work in a trendy area of South London. Copperfield Street is a fantastic opportunity either as an investment purchase, for refurbishment for an owner-occupier or for further development given the scope for the potential addition of a fifth storey, subject to planning permission.”

Copperfield Street is located in the heart of South Bank, an increasingly popular location. The house is located just moments from Gordon Ramsay’s Union Street Café on Great Suffolk Street, with further restaurants and bars to be discovered along ‘The Cut’. Copperfield Street was originally called Orange Street and was renamed in 1936 after the Charles Dickens character of David Copperfield.