Home Residential Property Is the London property market on the turn? 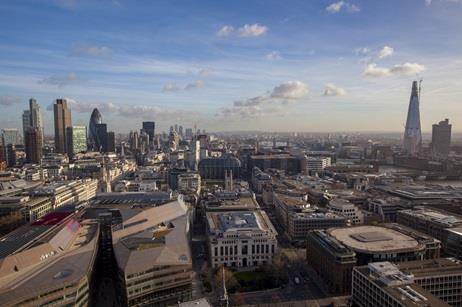 Is the London property market on the turn?

Hindsight is a wonderful thing. It’s only possible to spot the bottom of a market after the fact, and there’s no shortage of those who’ve got it wrong. However, Black Brick has been arguing for some months that much of the risk in Prime Central London property has been priced into the market: that uncertainty around Brexit is likely overstated, and that pent-up demand, when it is finally released, will trigger a scramble for attractive properties.

“The evidence is growing that we may be right, and the market has not only bottomed out, but is showing signs of accelerating,” says Camilla Dell, Black Brick Managing Partner. “In August and September, we saw double the number of incoming enquiries compared with the same period in 2017.”

According to Black Brick, many of these were UK based – fully one-third in recent months, compared with none in the same period last year. UK-based buyers have the luxury of ignoring the twists and turns of the Brexit negotiators – for most of them, their future is in the UK regardless. But clearly they are coming to the view that the market is at, or near, the bottom.

In addition, North American buyers are showing greater interest in the UK. Thirty percent of enquiries were from US and Canadian prospective purchasers, compared with one in five in 2017. Those with interests in the tech sector, in particular, see opportunity in the UK. We have also seen strong interest from the Middle East in recent months.

There are a number of reasons for these buyers to believe now is the time to act reports Black Brick. The first, as mentioned, is the view that Brexit is likely to be resolved soon. JP Morgan recently put the odds of a deal at 60%, a second referendum at 20%, and the chances of no deal similarly pegged at 20%.

More important is the UK’s relative value. Taken from the peak of the London housing market, in late 2014, sterling has fallen 19.25%. Combine that with a drop in property prices of 15-20%, and dollar buyers today are able to make acquisitions for almost 40% less than four years ago. “Add to this the recent rally in the oil price, which has almost trebled from its low in early 2016, and there are good reasons why buyers are starting to return to Prime Central London,” adds Dell.