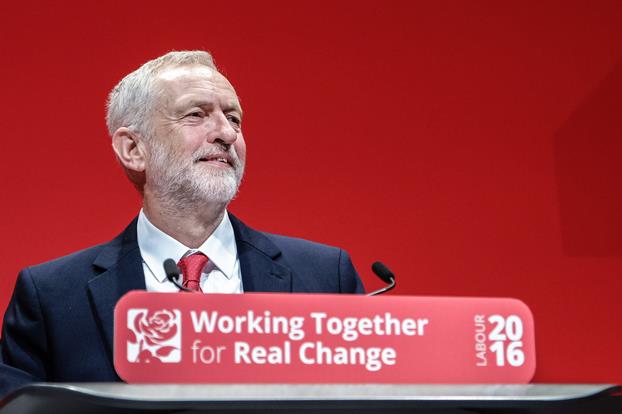 How Labour, Tory and Lib Dems manifesto policies could affect landlords and the property market

The Conservatives, the Labour Party and the Liberal Democrats have now launched their 2019 election manifestos, which set out the policies the parties aim to introduce should they win the election next month.

Portico estate agents have commented on some key party policies and how they could affect landlords and the property market.

While we fully support Labour’s plans to impose tougher sanctions for landlords ‘who flout the rules’, as a letting agent who deals with thousands of UK landlords, we can honestly say that the majority of tenancies are actually ended by tenants – not landlords.

It’s important that the elected government focus on the needs of landlords as well as tenants. After all, if the PRS is a less attractive investment landlords may end up selling up, resulting in less available stock and increasing rents, which will hurt tenants.”

Robert Nichols, CEO of Portico said, “Putting a ‘rent ceiling’ on what landlords may charge tenants will prevent the PRS from operating as a free market and could make the housing shortage worse.

Landlords may decide to exit the market, the available rental stock will shrink and there will be further pressure on the Social Housing Sector. Why? Because landlords who remain in the PRS will be motivated to only pick the ‘best’ tenants, and the less favourable tenants will have nowhere to go but the social housing route, which is already overburdened.

The appeal of price controls is understandable. But existing tenancies won’t fare well either; there will be circumstances when landlords are unable to pay for an unexpected maintenance bill or something similar out of the rent they can legally charge. In these cases, the ‘protected’ tenant may end up suffering through not receiving adequate services that they deserve.”

Scrapping Section 21 pledged by both Labour and the Tory Party

Robert Nichols, CEO of Portico, stated, ‘For responsible landlords, who make up the majority of landlords within the private rental sector, very little will change. To end an assured tenancy, landlords will have to use section 8, meaning that they will have to provide a sound reason for the eviction. This could be rent arrears, destruction of the property, selling the property, or wanting to move back into the property.

“Should any of these issues arise, the government plans to expedite Court processes, meaning that landlords are able to regain the use of their property quickly. At the moment, it takes over five months for a private landlord to regain their property should the tenant choose to fight the decision in court.

“That being said, landlords will need to prepare prior notices at the start of the tenancies, familiarise themselves with the Grounds in Section 8 and the new streamlined court process.”

What does this mean for landlords’ profits?

Nichols added, “This change in legislation makes the relationship landlords have with their tenants all the more important. Landlords should look to choose tenants who are willing to stay on a longer-term basis, and fit out properties to a high standard, encouraging tenants to stay longer and look after the property.

“That being said, this new legislation should not disrupt profits for many landlords who currently rent properties under Assured Shorthold Tenancies (AST), provided they do not change the use of their property.”

“Lifetime” fixed-rate mortgages requiring a deposit of just 5%, pledged by the Tory Party

Robert Nichols, CEO of Portico said, “On the face of it this looks like a good idea, but practically speaking there may be issues with implementation. Often the deductions from one property won’t be finalised before a new property is rented. Additionally, if the deposit to secure a property is reduced because tenants caused damage to the last house then this is a moving target for the new landlord, who will need to ensure that the deposit amount is sufficient.”

Paul Tait, Head of Portico Finance, also commented on the Conservative plan to introduce lifetime fixed-rate mortgages. He said, “First time buyers usually like the idea of a fixed-rate mortgage as it gives them the security of knowing the exact amount they have to pay each month. But what’s not clear in the Conservative manifesto is what exit fees would apply, and what rate lenders would price this mortgage at compared to other long-term options currently available.

“It’s worth noting that 10-year fixed rates have really dropped over the past year, and this is still a very long time to be fixed into a deal which may have penalties to exit. Anyone considering their mortgage options should fully discuss this with their mortgage broker who can talk through the full options and implications.”

Paul Tait, Head of Portico Finance said, “The Conservative’s have promised to launch a ‘First Home’ scheme, giving first-time buyers a 30% discount on new homes in their local area. Under the plan, buyers would need just a 5% deposit and the mortgage repayments would then remain the same throughout the lifetime of the mortgage.

“While any plan to get first-time buyers on the property ladder is welcomed, it is difficult to see how this would work in practice. Who will make up the shortfall? How will they ensure the market doesn’t become oversaturated and compress the benefit of the discount?

“Increasing the supply of properties is the only likely long-term, sustainable way of bringing property prices to a reasonable, affordable level.”