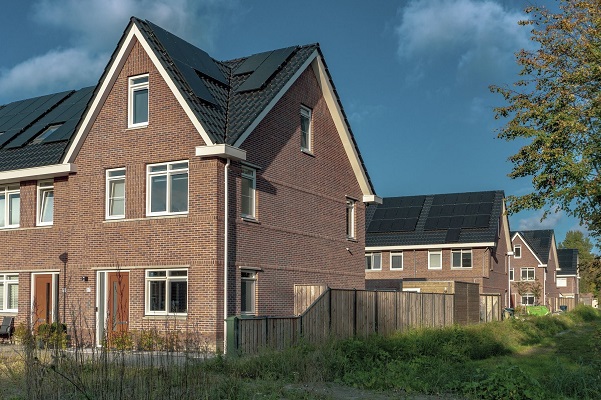 Asking prices across England and Wales have slightly dropped since August by 0.4%, bringing the year-on-year rise to 4.6%, consistent with both seasonal expectations and typical price adjustments in the wake of a rapid surge, according to the latest market analysis from Home.co.uk.

The data shows some good news for buyers, as the total stock of property for sale in England and Wales ticked up again, albeit more strongly this month.

Stock levels are recovering in all regions except London, where renewed demand is gobbling up properties faster than agents can put them on the market. However, it will take perhaps a year before total stock reaches what might be considered normal.

Higher nominal mortgage rates appear not to be deterring buyers and this is understandable when owing to inflation, real mortgage lending rates are highly negative. Of course, real home price growth is also negative by a growing margin.

The property drought appears to be over, and a greater sense of normalcy prevails. However, property continues to move through the market at an exceptional pace. The average time on the market for unsold property is now at the lowest it has been since the financial crisis of 2008 (144 days in England and Wales).

­­­Moreover, the turnover rate for properties passing through the market has recovered vastly from the low set in January when stock levels hit a record low.

This measure of the number of properties passing through the market per day, which may be regarded as the ‘pulse of the market,’ has nearly doubled since the January low of 1163 properties per day to the current rate of 2075. This latest measure is broadly approaching the longer-term average for the UK property market.

The North West and Welsh property markets now lead in annualised regional price growth (both +7.9%), ahead of the previous leader, the South West (+7.6%).

Spectacular hikes in Greater London rents continue. Demand is completely overwhelming supply of available properties, driving annualised rental growth to a shocking 29.2%. Central London rents have risen by far the fastest over the last twelve months and continue to do so, led by Hackney (+48%), Lambeth (+44%) and Islington (+43%) boroughs.

Asking rent growth across the UK currently stands at an astonishing 21.8% year-on-year as rents rise in every English region, Scotland and Wales.