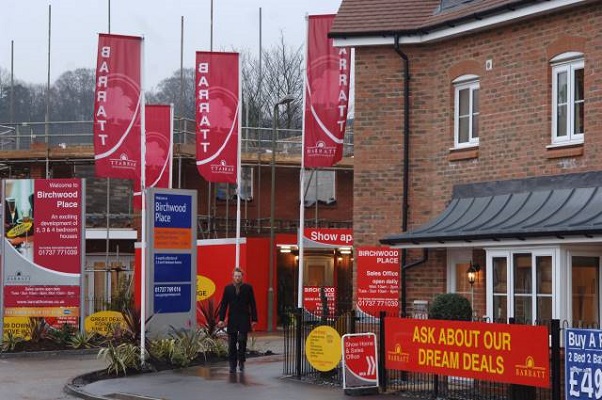 The latest research by the property developer, StripeHomes, has revealed how much house builders across England have helped to boost the property market through the delivery of new stock.

StripeHomes analysed the latest figures on the delivery of net additional new dwellings across England and what this equates to, based on the current cost of a new build home.

With the average new build costing £304,561, it means the nation’s house builders have helped boost the housing market to the tune of £75.243m in the last year.

Despite a tough year, London has seen the greatest boost to the market thanks to its house builders. A total of 41,718 new homes have been delivered in the capital pumping a notable £20.304bn into the London property market.

The South East has also seen a big boost thanks to the new build sector, with £15.382bn worth of property being delivered in the last year.

The East of England has seen £9.969bn added to the regional property market in the last year, while the South West and North West have also seen over £7bn worth of new homes delivered.

Even though the North East ranks bottom, the region has still seen a respectable £1.798bn in new homes delivered to the property market over the last year alone.

However, the North East remains a strong favourite amongst property investors due to the lower cost of property and the high demand currently being drawn to the area. PIC recently invested £80m into social housing within the region, with lots of residential projects also getting the green light.

Perhaps most notable is the news that Britishvolt’s confirmation that they will deliver the UK’s first gigaplant within the North East. The project will bring 3,000 new jobs directly to the North East as well as £2.6bn worth of industrial investment; the largest in the region since 1984.

News that will undoubtedly boost the economy in the North East, as well as the housing market, as demand for housing in the area increases.

Managing Director of StripeHomes, James Forrester said, “It’s been a tough year for house builders and like everyone, we’ve had to adjust and adapt to a challenging landscape. As a result, many are already reporting quarterly profit losses and this is to be expected given the current pandemic. However, it’s great to see that despite this, we’ve soldiered on and continued to deliver new housing to a market that is crying out for it.

Even in the North East where delivery has been lower than in other regions, we’ve seen some great work being done and a high demand for property. This has been building over time, but the recent announcement by Britishvolt really shines a light on the North East as an area of due to see substantial growth and one that is currently very attractive to investors, particularly within the property sector.

As a result of this growing interest and ongoing investment, we’re already seeing some great work being done to benefit local communities, not just by delivering more housing, but by improving infrastructure, delivering a greater social offering and bringing a wider range of industry to the area.

At StripeHomes, we’ve helped deliver some outstanding projects that are really going to help breath new life to the local community and benefit the area as a whole, not just those purchasing within the development.”