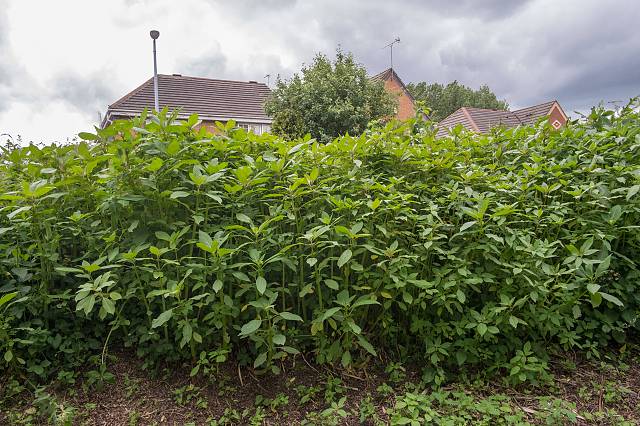 House hunters hoping to buy a property this winter should be extra vigilant for signs of Japanese knotweed, which starts to die back in October and is easily obscured during the winter months.

Japanese knotweed firm Environet estimates there could be in the region of 2,400 cases of concealment during property transactions every year, based on a consumer survey carried out in conjunction with YouGov which found that 4% of people who were selling a property affected by Japanese knotweed would attempt to hide it.

From October onwards, it’s easier for sellers to take advantage of the plant’s seasonal demise, despite the fact it is a legal requirement for homeowners affected by Japanese knotweed to declare it when they sell on the Law Society’s TA6 form. The TA6 is a legally binding document completed during the residential conveyancing process and asks a direct question about Japanese knotweed.

Sellers who answer dishonestly are putting themselves at risk of future litigation once the knotweed is discovered, yet there are still thousands of cases every year where they fail to disclose the plant’s presence.

After the first frost, Japanese knotweed leaves turn yellow and eventually fall, while the bamboo-like canes lose their green appearance and start to turn brown and brittle. This is the start of the winter dormancy period during which the plant appears dead, but in fact the underground root system is very much alive, replenished with new energy reserves from the summer’s growth and ready to re-emerge the following spring.

Nic Seal, Founder and MD of Environet, said, “People buying property during the winter months are undoubtedly at greater risk of knotweed concealment and should be actively looking for signs of the invasive plant. Often the canes have been removed but the crown is still visible in the ground, or in extreme cases membranes are laid horizontally in the ground or a path or lawn is laid over it.

“A surveyor should identify knotweed if it’s visible but the plant could be easily missed if a seller is determined to hide it.

“Deliberate concealment of Japanese knotweed is unwise. Dishonest sellers are likely to find themselves being sued for misrepresentation and may have to pay substantial legal fees and compensate the buyer for the decrease in the property’s value.”

Japanese knotweed doesn’t have to be a deal breaker when it comes to buying and selling property. As long as a professional treatment plan is in place with an insurance-backed guarantee that can be passed on to the buyer and satisfies the mortgage lender, the transaction can go ahead.