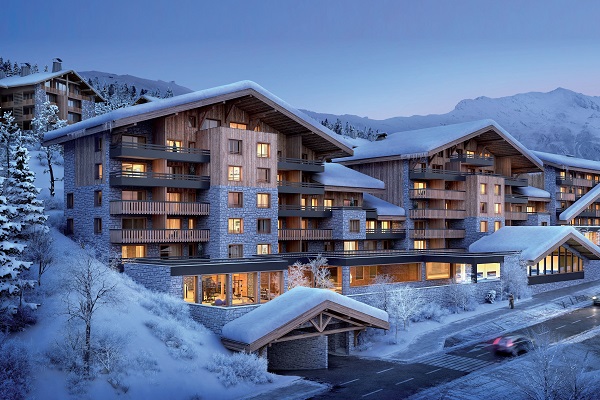 Skiing in April was once considered late-season in the French Alps, but nowadays savvy skiers are looking to invest in higher-altitude resorts which provide the best and longest-duration of snowfall, giving them greater flexibility of when to visit and longer periods of use due to the quality of snow on offer and the quieter slopes.

Laurent Hallez, sales manager at MGM French Properties said , “Whilst March and April are traditionally considered low season, we have noticed a switch in the weeks are clients are visiting the Alps. At the moment, skiing in the later weeks of spring is very popular, especially with families. We have seen with the decline of the traditional ski-season that our clients are increasingly looking to buy properties in high altitude resorts to take advantage of the longer season.”

One of the main benefits of purchasing a ski property in a longer-season resort is longer ski days across March and April, as ski lifts are open later to maximise the time you can spend on the slopes. The weather during spring is traditionally pleasantly warm with intermittent fresh snowfall and resorts are less crowded making for perfect skiing conditions, in particular for beginners.

One of the key factors to consider when choosing which resort to buy in is the altitude. The higher the altitude, the colder the ground and the better the quality of snow. Late season skiers typically look for resorts at an altitude of 1,800m to ensure quality snow coverage.  The three resorts which have been the most popular with MGM buyers for late season skiing includes the picturesque La Rosière, lively Tignes and the charming Samoëns.

La Rosière has a long-standing reputation as a snow trap, frequently ranking as one of the most snow sure resorts in Europe. Sitting at 1800m, the village has a reputation for its charming rustic character, relaxed family-friendly atmosphere and excellent ski schools. The resort is paired with La Thuile in Italy to form Espace San Bernardo, a 152km ski area, renowned for being snow-sure.

The resort has also invested in two new chairlifts opening up a previously unexplored area of Mont-Valaisan, opening a whole new mountainside to ski with five new red runs and a new off-piste area.

Located in Les Eucherts, Alpen Lodge is exceptionally located at the bottom of the slopes with the surrounding shops and slopes on your doorstep. Each apartment has a large terrace overlooking the breath-taking Tarentaise valley. Prices start from €391,667 for a two-bedroom apartment to €695,834 for a four-bedroom apartment.

Tignes is one of the most prestigious ski resorts in France and for good reason; it offers some of the best lift accessed slopes in the world and is renowned for its snow cover late in the season.  Part of the 300km Tignes-Val d’Isere ski area, skiers can take advantage of some of the most varied terrains for skiing in Europe. The cable car from Val Claret reaches 3456m at the top of the Grande Motte glacier, providing breath-taking views down the descent and the highest slopes maintain their snow cover avoiding all but the warmest spring thaw.

Le Lodge des Neiges is MGM’s new luxury development located in a prime position above the Tignes 1800 gondola, creating the ultimate ski-in-ski-out residence with a spectacular 1,000m² spa and treatment rooms for residents to unwind in after a day on the slopes. Recently completed, the appetite for apartments in Le Lodge des Neiges has been high and fewer than 50% remain. Prices start from €225,000 for a one-bedroom apartment to €650,000 for a four-bedroom duplex.

Samoëns is a picturesque village and a hidden gem in the Grand Massif skiing area. The medieval village has been recognised as a “ville fleurie” distinguishing it as one of the most beautiful towns in France and remains a ‘working’ resort with a welcoming community spirit.

Samoëns is part of the Grand Massif, one of France’s largest ski areas (265km) and boasts a unique microclimate that ensures great snow sureness late in the season as 80% of the slopes face north. The village is home to one of the most unique botanical gardens in the world with more than 5,000 different plants, typically hidden early in the season the garden begins to bloom in spring and is a truly exceptional sight.

Home searches rise in Portugal as buyers ready themselves for...