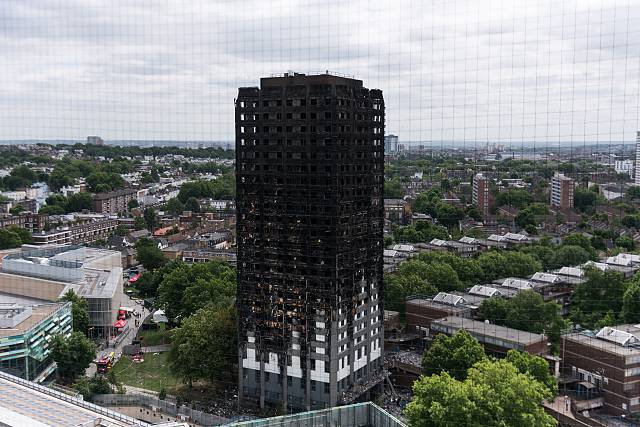 The correspondence revealed that housing and construction industry salespeople knew that, without government intervention, high-rise buildings would continue to be constructed with flammable cladding.

The Aluminium Composite Material (ACM) cladding on Grenfell had a flammble polyethylene (PE) core, but was also available with a less combustible fire rated (FR) core.

In an email seen by the inquiry, a salesperson said that Alcoa (now Arconic) “won’t change their core [to fire rated] until they are forced to due to changes in the fire regulations”.Responding, Matt Wrack, FBU general secretary, said:

“Ministers have avoided scrutiny so far in this inquiry, but today’s evidence shows just how lax UK building regulations had become before Grenfell.

“People in the industry knew that, until government stepped in, homes would continue to be wrapped in flammable cladding and constructed with other dangerous materials, but ministers showed no interest in tackling the problem.

“There’s no depth that businesses will not sink to within the law to turn a profit. Consecutive governments oversaw decades of deregulation, privatisation, and austerity, utterly failing to ensure the housing and construction sectors were acting safely.

The latest research by estate agent comparison site, GetAgent.co.uk, has shown that the average …

Mortgage rates declining even as base rate forecast...