Home Property Flat owners caught in cladding scandal could see up to £11.43bn wiped from the value of their bricks and mortar 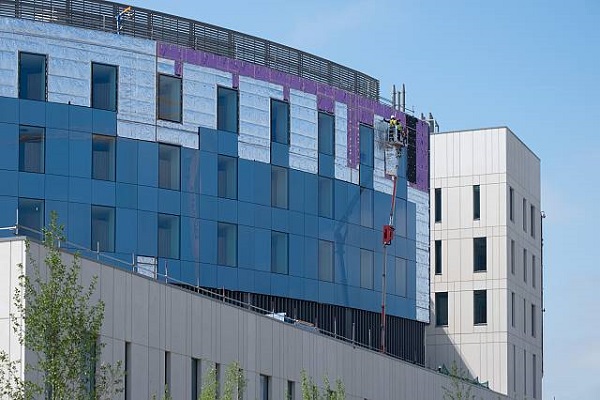 Flat owners caught in cladding scandal could see up to £11.43bn wiped from the value of their bricks and mortar

Research by Newcastle-based property developer, StripeHomes, has revealed how much leasehold flat owners could see wiped off the value of their home, should they find their home is affected by ACM and other unsafe materials.

Last week parliament voted against protecting them from post-Grenfell fire safety costs, a move that could cost individual leaseholders as much as £75,000, however, it’s thought the average cost will be £9,000.

StripeHomes analysed housing data from MHCLG which shows that there are some 1,270,000 leasehold homes over 11m in height that could be affected by the scandal. This could mean the total cost of addressing this issue could run as high as £11.43bn based on the average estimated cost of £9,000 to leaseholders.

However, The MHCLG also estimates that there are 610,000 of these homes that do not require an EWS1 process and so are subsequently not affected, based on new guidance from the RICS.

However, the jury is still out on this guidance, especially given the fact it was only introduced in April. However, if it does ring true, it still leaves 660,000 homeowners facing a hefty cost to rectify the wrongdoings of their developers. A cost that could still reach an estimated £5.94bn.

Managing Director of StripeHomes, James Forrester, commented: “The extent of the fire safety failings by many big housebuilders has been gobsmacking, to say the least, and now the lack of support from the government to those impacted really is the anti-cherry on the cake in what has to be one of the biggest scandals to ever hit the UK property market.

“Time after time we see hardworking homebuyers receive below par properties, from greedy developers, intent on cutting corners in order to maximise profits. A practice that has led to one of the most horrific and devastating events in recent times with many more still residing in unfit homes through no fault of their own.

“Now, if they wish to rectify this issue, they will have to do so out of their own pocket adding a significant chunk to the cost of their home. Failure to do so leaves them with an unmortgageable home and one they will be unable to sell anyway.”

76% of homebuyers due to pay no stamp duty during...

Royal road property prices aren’t quite fit for a Queen

UK house prices have risen by 377% while Queen Elizabeth...

What London Exodus? Why creative 30-something’s are key to London’s...

Turkey is the country with the highest rate...