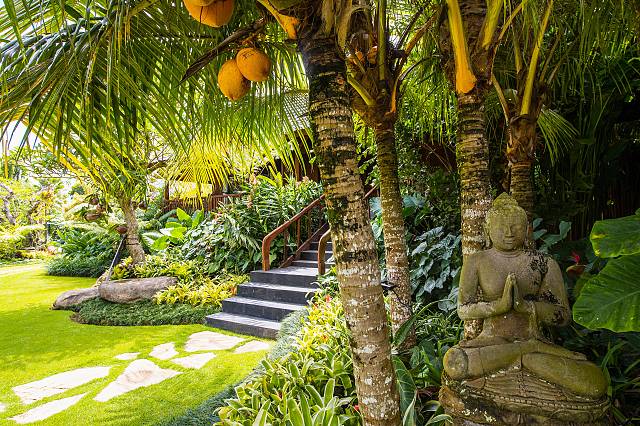 It has long been debated whether or not south-facing gardens are essential or desirable, if they are the holy grail of a property or just a massively hyped up by estate agents.

A report by the Telegraph suggested that having a south-facing garden only added £800 to the value of your property. However, this was back in the pre-covid world and things have changed somewhat.

Newly released research from Rightmove now suggests that having outside space that faces in the most desirable direction are priced at £22,695 higher on average than homes without, a 7% national asking price premium.

The data, analysed for the first time, looks at just under 400,000 three and four-bedroom homes across Great Britain. Those listed as having a south-facing garden were found to have an asking price premium of 7%.

The national average asking price of three and four-bedroom homes with a south-facing garden is £369,365, compared to £346,670 without.

There are a number of regional variations, with homes in Yorkshire & the Humber commanding the biggest asking price premium, at 14%. Its well-known rural appeal is added to by its affordability, being the second cheapest region in England. While relative remoteness is high on many buyers wish-lists, associated exposure to harsher weather conditions can be softened by a warmer southerly garden, and agents say it is an extremely important feature when they carry out house viewings in the region.

The analysis also found that homes with south facing gardens sell more quickly than those without, in almost all regions. Again, Yorkshire & the Humber performs best, with these homes finding a buyer on average eight days faster. The national average is two days faster, with eight out of 11 regions all finding buyers more quickly.

A recent survey found that having a bigger garden or at least access to one was the number one thing that lockdown had changed for what buyers are now looking for in their next home.

Prospective buyers searching on Rightmove and stating that a garden is a must-have for their next home doubled in June compared to June last year. Total searches were up 56% for the same period, meaning home-hunters are searching more, but especially for gardens.

Miles Shipside, Rightmove’s property expert, said, “Since the market reopened we’ve seen a huge rise in demand for homes with a garden as buyers place greater importance on outdoor space. For as long as I can remember, south-facing gardens have been viewed as the crème de la crème of outdoor spaces among home-hunters.

“Longer sunny days means you and your plants benefit from the additional warmth. It doesn’t mean your house will automatically be worth £22,000 more if it has a south-facing garden as this is an average and it will also depend on the size, condition, and location of your home, but it’s certainly something to shout about in a listing as it could mean your home makes it on to a buyer’s shortlist over another property down the road, or even on the other side of the street.

“The key is to have the garden looking its very best for pictures and viewings. A quick lick of paint to a garden fence or shed helps, and it sounds simple but mowing the lawn and putting out a few garden chairs can give would-be buyers the chance to picture their new lifestyle.”