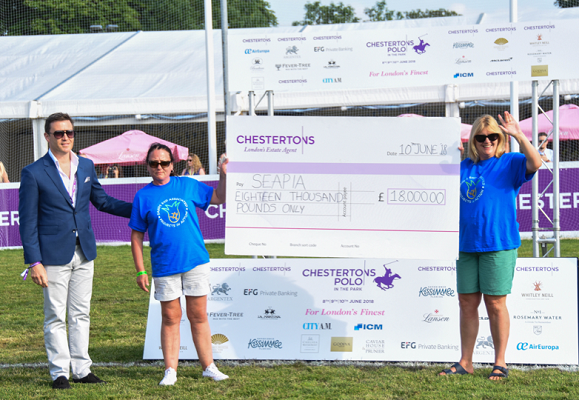 Chestertons Polo in the Park, the three-day summer polo event sponsored by Chestertons, has donated an additional £5,000 to its nominated local charity to help build a new building for local children from the Sands End area of Fulham.

Since 2014 Chestertons Polo in the Park and Chestertons have donated over £65,000 to the Sands End Adventure Playground In Action (SEAPIA) to help it continue its work with children in the area.  However, the latest donation will allow the charity to build a new log cabin, to be called the Sands End Social Shack, that will provide a safe haven for children. The cabin will be split into two separate areas, one will be for younger children aged between three and seven years and the other for older children aged eight to 13-years.

The cabin is due to launch late spring and, once opened, will support over 200 young people, providing them with space to take part in activities such as drama workshops, art, music, as well as a place to socialise and hang out with friends.

Julie Cavanagh, manager at Sands End Adventure Playground said, “We have been overwhelmed with the amount of generous donations from local residents and businesses, including Chestertons. We hit our fundraising target a few weeks ago and are really excited about getting started on the build of our new cabin. We can’t wait to see the impact it has on individuals and the community as a whole. We hope that all children will find it easy to be themselves here, in a space that is safe for them to have some fun and find a sense of belonging.”

Rory Heron, organiser of Chestertons Polo in the Park said, “Chesterton’s Polo in the Park takes place every year just a few minutes from Sands End. We’re very proud that our event can help provide much-needed facilities for young people in the area. The event is taking place this year between 7 and 9 June and we are hoping to raise another £15,000 for the charity in 2019.”