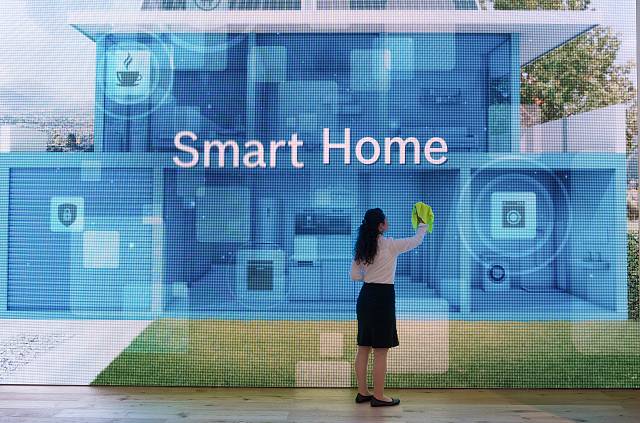 Despite the latest police figures showing that the number of recorded burglary offences in England and Wales have fallen by 3% in 2019, 83% think they should be doing more to improve their home security.

And despite their worries, new research from GoCompare Home Insurance has revealed that 39% rating their security measures as moderate to poor at best.

Many of those who have taken steps to deter criminals from targeting their homes are turning to smart technology solutions. GoCompare found that 25% of householders have installed some of the latest Wi-Fi enabled security gadgets such as the Hive motion sensor system, doorbell cameras and internal and external CCTV, many of which can be monitored from your smart phone wherever you have access to the internet.

Traditional burglar alarms, outside security lights and internal lights on timer switches are all popular security measures however 22% of householders admit to having no other security features for their homes aside from standard door and window locks.

The survey also revealed how householders are routinely leaving themselves at risk of a break-in and in some cases potentially invalidating their home insurance cover at the same time.

When asked why they felt at risk of being burgled:

Ryan Fulthorpe, GoCompare Home Insurance expert said, “The development of compact, wi-fi enabled cameras coupled with smart phones is enabling lots of people to improve the security of their homes for a relatively small outlay. Although traditional security measures such as full burglar alarm systems and outside sensor lighting are still most popular, it’s clear that smart technology is revolutionising home security.

“However, the best protection on the market is useless if you’re not using it properly. And worse, it may even invalidate your home insurance cover in the event that you need to make a claim. For example, many insurers quote lower premiums for homes with burglar alarm systems but if you don’t have it switched on when you’re out or at night and a burglar breaks in, your insurer may refuse to pay out.

“Similarly, leaving doors and windows unlocked or keys hidden under a doormat could make it easy for a criminal to gain access to your home and an insurer may argue that you didn’t take reasonable precautions to secure your home and refuse to pay out for anything damaged or stolen.

“The best security measures are those which deter criminals from considering your home an easy target. Locked doors and windows, alarms, security cameras, outside sensor lights and good boundaries such as fences, dense hedges and locked gates will all make it more difficult for a criminal to break in and get away with it.”

Brits spend 16 times more than the annual cost of...