Home Property Annual house price growth falls to 7.8% in June ‘given the extreme economic headwinds ahead’ 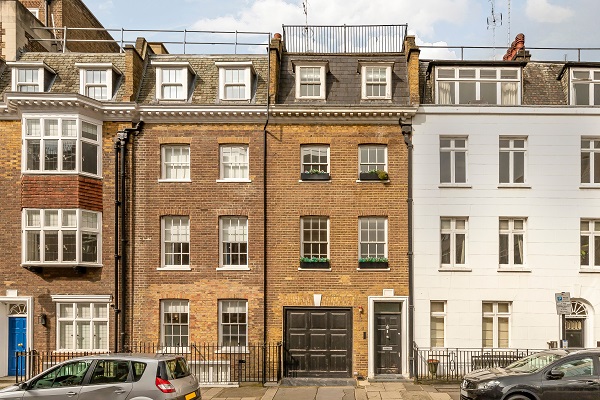 Despite UK house prices increasing between May and June, annual house price inflation has slowed due to the rises in prices seen in June 2021, which were the result of the stamp duty holiday.

On a seasonally adjusted basis, average house prices in the UK increased by 0.5% between May and June, following an increase of 0.8% in the previous month.

On a non-seasonally adjusted basis, average house prices in the UK grew by 1.0% between May and June, representing the eighth consecutive monthly increase. This compares with an increase of 5.7% during the same period a year earlier.

The East of England was the region with the highest annual house price growth, with average prices increasing by 9.7% over the year, down from a growth rate of 14.5% in May.

The lowest annual house price growth was in the North East, where average prices increased by 3.6% over the year, down from 10.9% in May.

Ryan Joyce, director of Nottingham-based independent mortgage broker, Key Mortgages, said, “While the June annual growth rate has been skewed by the stamp duty holiday, it almost certainly reflects the general direction house prices will be headed given the extreme economic headwinds ahead.

“Though there’s still demand for property, with first-time buyers particularly active, we could see a 5-10% fall in house prices over the course of the next year.

“The primary reason for the downward pressure on prices will be mortgage companies lending less due to the sharply rising cost of living and displaying broader caution amid the deteriorating economic climate. House prices will have to come down to meet those lower lending limits. It’s as simple as that.

“I do not see the immense property crash happening that some are predicting as the jobs market is still fairly robust for now and supply is limited.

“But with inflation now in double digits, prices will almost certainly come down during the turbulent twelve months ahead. But as ever with the housing market, sooner or later values will start to rise again.”